There are various clan systems in Haudenosaunee matrilineal society where groups of people come together as families linked by a common female ancestor. The number of clans varies amongst the nations which are further divided into the three elements- air, water and land- and represented by birds and animals. Certain animals are also divided into the elements; the bear, wolf and deer represent the land element, the turtle, eel and beaver represent the water element and the snipe, hawk and heron represents the air element. The clans are considered relatives despite the nations they may belong to. An example of this would be that someone in a wolf clan of the Cayuga and Mohawk nation would still be considered relatives despite location and biological distances.
The term family also extends to everyone else belonging to the same clan. This system was useful as clans travelled around and required shelter and food from fellow clan members in other locations. Due to families extending to the same clan, it is forbidden to marry within the same clan.
As the Haudenosaunee people belong to matrilineal societies, the family names and clans are passed down from mother to child. Most nations are also matrilocal meaning when a man marries a woman he has to move to her village and longhouse and she has claim to everything including the children.  It is the tradition of her family that are passed down. Each clan also has a clan mother who is chosen for her cultural wisdom and dedication of the culture to head the clan. She is often the oldest woman of the clan. Some of the responsibilities of clan mother are to make major decisions that affect the clan, assign names to people in her clan, nominate the male leader of the clan, and ensure all members of the clan are fed.
The male leader of the clan is called the hoyaneh meaning “caretaker of the peace” who represents his clan in the Haudenosaunee government. Traditionally, the clan mothers would watch the boys as they grew and after many years of observation, they were chosen for the lifetime position. However, the clan mothers have the authority to remove him from power.
Each nation in the Haudenosaunee alliance has their own identity despite cultural similarities they are unique with distinct languages.
Mohawk/ Kanien’kehaka: “People of the Flint”/ “Keepers of the Eastern Door”
They were responsible for defending and protecting the easternmost boundary of the Haudenosaunee territory.
Clans within the Mohawk nation are the bear, turtle and wolf.
Oneida/ Onayotekaono: “People of the Standing Stone”
The turtle clan, the Keepers of the knowledge, represent the shifting of the earth and the cycles of the moon. Their responsibility covers everything to do with the environment. Bear clan, the keepers of medicine were given the gift of medicine from an elder woman who had the knowledge of all the medicinal plants on earth. The wolf clan, the pathfinders, have the responsibility to guide people in living their lives in the way the Creator intended.
Clans within the Oneida nation are the turtle, bear and wolf.
Onondaga/ Onundagaono: “People of the Hills”/ “Keepers of the Central Fire”
Known as the capital of the Confederacy where the Haudenosaunee council fire burns. There are nine clans of the Onondaga people; wolf, turtle, beaver, snipe, heron, deer, eel, bear and hawk.
Cayuga/ Guyohkohnyoh: “People of the Great Swamp”
The Cayuga nation is made up of five different clans; bear, heron, snipe, turtle and wolf.
Seneca/ Onondowahgah: “People of the Great Hill”
They are also known as “Keepers of the Western Door” and responsible for defending and protecting the westernmost border in the Confederacy.
The Seneca clans are split into two categories, birds and animals. The four bird clans include deer, hawk, heron, and snipe. The four animal clans include turtle, beaver, wolf, and bear.
Tuscarora/ Skaruhreh: “The Shirt Wearing People”
The Tuscarora are comprised of seven clans; the deer, bear, wolf, turtle, snipe, beaver and eel.
at May 27, 2020

Looking for something to keep your kids busy today? Let’s make some playdough! This easy craft introduces children to the states of matt... 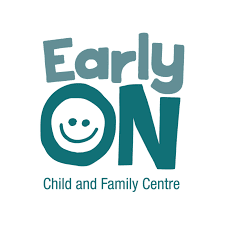 Anishnabeg Outreach Family Centre
AO Family Centre Blog is part of the Anishnabeg Outreach family of sites dedicated to supporting the Indigenous community via our family centre. We are based in Kitchener/Waterloo and Guelph areas but are easily accessible to people online and offline. We are conveniently located in Kitchener minutes away from Cambridge, Waterloo, Guelph, Milton and other communities.